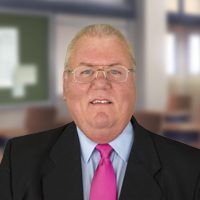 Tim began his career in real estate in 1993 in Bergen County. He has worked for several brokerages in residential and commercial real estate throughout the State. Throughout his career he won several bronze and gold awards for Million $+ sales. In 1997 he earned both his broker’s license and the Graduate Realtor® Institute GRI designation proving his in-depth knowledge of the technical subjects as well as the fundamentals of real estate. Tim also served on the board of RealSource, now known as the Greater Bergen Association of REALTORS®, a professional association in Northern New Jersey.

Tim’s teaching experience is as vast and notable as his real estate knowledge. He began teaching in 1999 side by side the late Frank Kovats. Since then, he has overseen real estate educational programs at several area schools. Tim is known for his wealth of experience and his expertise in adult learning.

In Tim’s spare time he is active in his community. Tim served on the Oakland Board of Adjustment, the Oakland Planning Board and was a Councilman for the town of Oakland from 2010 to 2016.